Freire (31-4 MMA, 19-4 BMMA) put his featherweight title on the line against Pedro Carvalho in the grand prix quarterfinal at Bellator 252, which took place at Mohegan Sun Arena in Uncasville, Conn.

It didn’t take long for “Pitbull” to prove why he’s the champion, making quick work of Carvalho. With Carvalho pressing forward, Freire fired back with hard low kicks, looking to time the perfect counter shot. Freire eventually connected with a short right, but Carvalho weathered the storm. However, Freire proved to be too precise and sat Carvalho down with a big right hand just moments after, ending the fight in Round 1.

With the win, “Pitbull” moved on to the semifinals and will meet Emmanuel Sanchez in the Bellator 255 main event on April 2, a rematch of their November 2018 bout which Freire won by unanimous decision.

Before Freire rematches Sanchez (20-4 MMA, 12-3 BMMA), relive his finish over Carvalho in the video above. 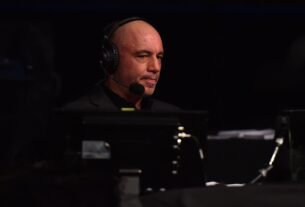