If Aaron Pico’s good times are to continue in Bellator, he’ll have to hand his next opponent his first loss.

Pico, who’s riding a four-fight winning streak, is set to meet undefeated Justin Gonzales in a featherweight bout Nov. 12 at Bellator 271. A person with knowledge of the booking confirmed the news to MMA Junkie following an initial report from ESPN on Thursday.

Pico (8-3 MMA, 8-3 BMMA), 25, has been on a tear since back-to-back losses in 2019, earning finishes – two knockouts and two submissions – in all four fights during his winning streak. Pico’s reemergence has coincided with a move to Jackson Wink MMA in Albuquerque, N.M. He most recently dominated Aiden Lee before scoring a third-round submission by anaconda choke this past June at Bellator 260.

Aaron Pico wants to start avenging losses after Bellator 260: ‘They fought me when I knew nothing’

Gonzales, 30, is coming off a successful promotional debut at Bellator 260 where he won a split decision against Tywan Claxton. Gonzales (12-0 MMA, 1-0 BMMA) entered Bellator after winning an LFA championship in 2020. He was collegiate wrestling teammates with UFC lightweight Justin Gaethje at the University of Northern Colorado.

Bellator 271 takes place at the Seminole Hard Rock Hotel & Casino in Hollywood, Fla., with a main card that airs on Showtime following prelims on MMA Junkie.

With the addition, the Bellator 271 lineup now includes: 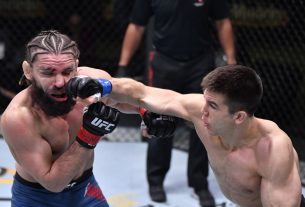